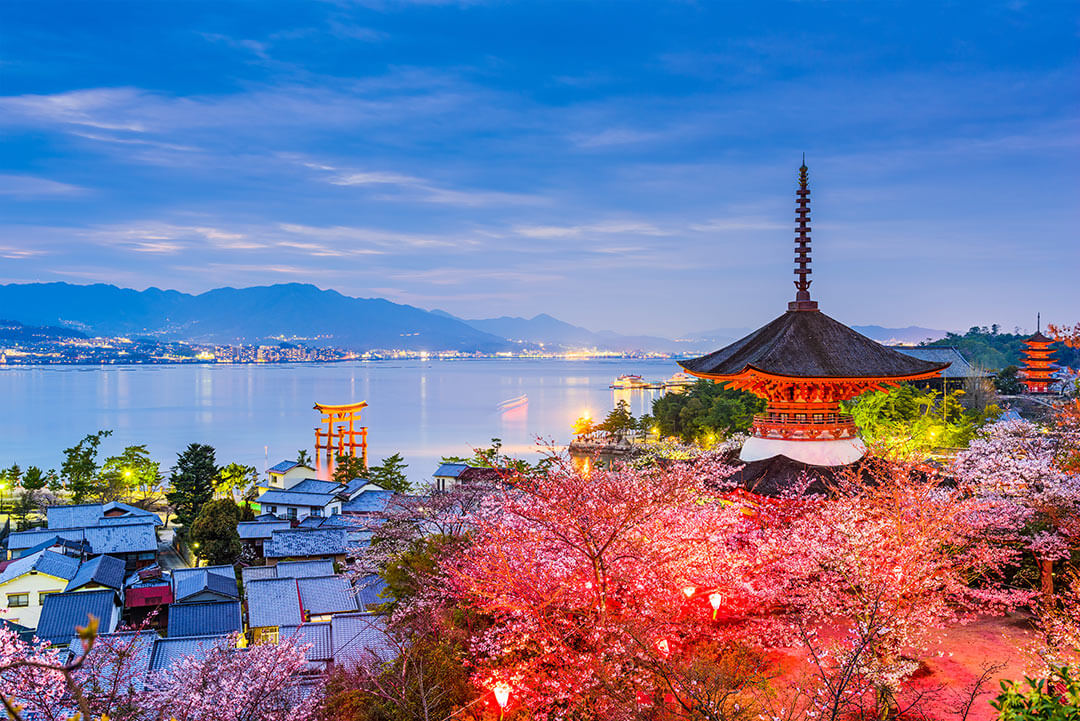 Despite its sad past, Hiroshima is an amazing and eye-opening destination everyone should visit once in their lifetime! Hiroshima is the largest Japanese city in the western section of Honshu Island. This beautiful city will forever have its name associated with the dropping of the first atomic bomb on August 6th, 1945. However, it was rebuilt following the war into a major cultural center of the nation. Hiroshima is well-known in Japan as being home to some of the country’s warmest people. But Hiroshima is so much more than that and is well worth a visit on any trip to Japan. This re-born city, Hiroshima offers great vibes and many attractions to entertain you in many aspects. Here are the best things to do in Hiroshima!

Places to visit in Hiroshima

Hiroshima Peace Memorial Park is where the Genbaku Dome, Hiroshima Peace Memorial Museum, the Memorial Cenotaph,  the Atomic Bomb Memorial Mound and other notable symbols like the Peace Bell that is engraved with a borderless world map and the statue of Sadako Sasaki with a golden crane. This memorial park serves as a reminder of how the world needs to end all kinds of war and spread more love instead.

The Atomic Bomb Dome is undoubtedly the symbol most associated with Hiroshima. The former Prefectural Industrial Promotion Hall was the only structure left standing after the bombing on August 6, 1945. The twisted metal of the dome and the rubble-strewn surroundings are left the same as it was 70 years ago, a testament to the power of the new weapon and an everlasting symbol of peace. 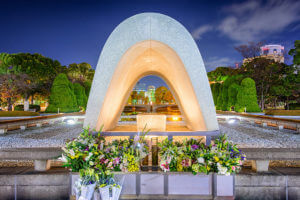 Hiroshima city has a castle called “Carp Castle” which was constructed in the 1590s by Mori Terumoto but was destroyed by the atomic bombing on August 6, 1945. The castle was rebuilt in 1958, a replica of the original which now serves as a museum of Hiroshima’s history prior to World War II.

Hiroshima Castle is known for its strong straight sturdy walls and the main tower of the castle is a historical museum. Make sure you head to the 5th floor, where there is an observation deck that will offer you great views of the city. 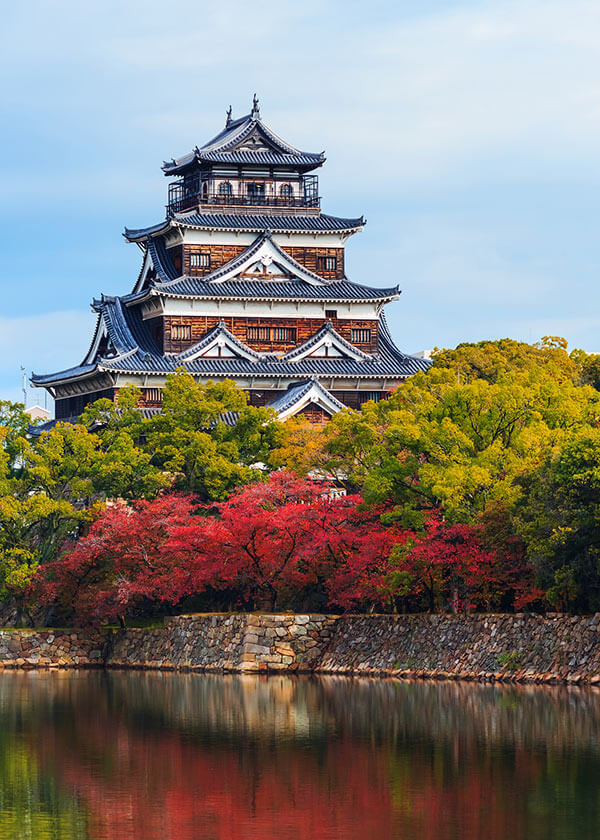 The Island Shrine of Itsukushima

One of the top three best places to head to for some breathtaking views in Japan is Miyajima. On this beautiful island, we have the famous Itsukushima Shrine that was built during the reign of Empress Suiko in 593. After going through many reconstructions, the shrine became what it is today, a magnificent structure that looks as if it is floating on the sea. It is a revered national treasure and many visitors come to appreciate it and when the tide is low, none would hesitate to head down to the beach to get closer to its structure.

Another Hiroshima’s UNESCO world heritage site, Itsukushima Shrine is known as one of the three most beautiful sights in Japan. Miyajima is also known as home to hundreds of Japanese deer. 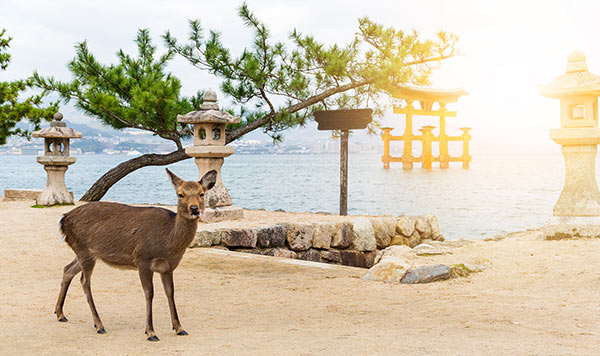 Shukkei-en replicates the scenery of one of China’s famous spots, the West Lake. You can appreciate different flowers blooming depending on the seasons. From March to May, you will get to see cherry blossoms and rhododendrons and from June to August, you’ll be amazed by the beauty of the lotus flowers, irises, and hydrangeas. During the cooler autumn months from September to November, the park will be filled with camellias, green leopard plants, and beautiful fiery red leaves. Then from December to February, come and enjoy different breeds of camellias and plums. 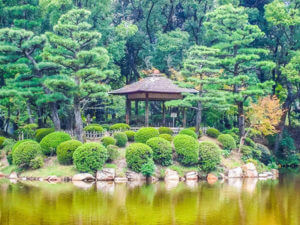 Mitaki-Dera Temple in Hiroshima Prefecture is a historic Shingon-sect temple dating back to the year 809. The name means “Three Waterfalls Temple” as Mitaki does indeed have three falls within its grounds. Mitaki-Dera is famous for its spring cherry-blossoms and the road leading to the temple is also lined with cherry trees. In autumn the spectacular red leaves draw many tourists to the temple. 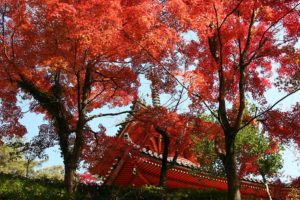 The Hiroshima City Transportation Museum is a science facility that showcases all sorts of vehicles and modes of transportation. You will see about 3000 exhibits on the railway, land transportation, boats, and planes. There are also interactive exhibitions for you to enjoy. If you go outside the building, you will see a train car by the number of 654 that was exposed to the atomic explosion back in the past on display. 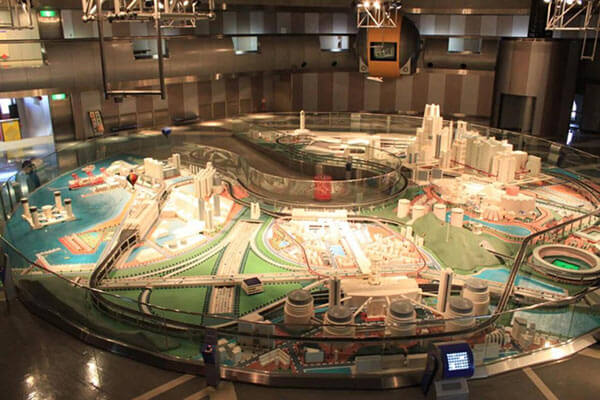 Are you a car enthusiast? If you are visiting Hiroshima, be sure to tour the Mazda Museum and factory and you will gain a greater appreciation for a special car manufacturer. The Mazda Museum in Hiroshima gives a unique look at the history of the company and the rebirth of the city after WWII. Mazda is firmly committed to the driving experience. Their passion is visible in their beautiful cars and storied history, and when you tour their museum and factory you will see the magic in person!

Walk Around the town in Kimono

Why not walk the streets dressed in a traditional Japanese kimono? There are a number of shops offering kimono and yukata (summer kimono) rentals. You just have to choose your favorite design and the shop staff will help you get dressed. 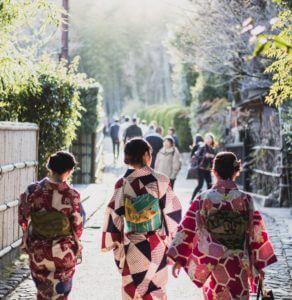 It’s clear that just seeing isn’t enough, you will taste amazing food when visiting Hiroshima! One of the most famous food in Hiroshima is its own style of okonomiyaki. The local version of the dish is characterized by only a thin layer of batter and a generous amount of cabbage on top of yakisoba noodles. Popular toppings include oysters, squid, and cheese. The dish is completed with bonito flakes, green laver and okonomiyaki sauce. Diners are typically seated at a counter in front of the chef who prepares the meal on a large griddle.

Make sure you visit Wood Egg Okonomiyaki Museum, this is a theme park which produces sauce for Okonomiyaki in Hiroshima. Not only you can experience the process of putting sauce into bottles in the factory, but you can also join a tour in which a guide explains the manufacturing process of each seasoning they produce, such as sauce and vinegar, and also how they choose raw materials and keep the quality of their products high. The best experience you can enjoy here is actually cooking the Okonomiyaki by yourself! 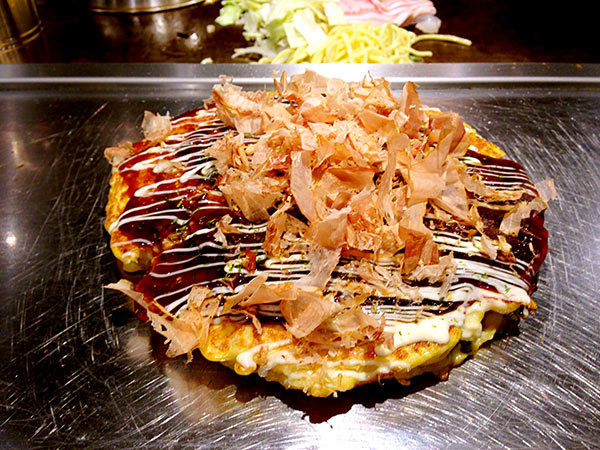 Don’t miss taking the time to attentively sample the local sakes! With more than 50 brewers, Hiroshima is one of Japan’s three great sake-producing areas, along with Fushimi in Kyoto and Kobe’s Nada district. Hiroshima’s sake, with its rich flavor crafted from the area’s bounteous natural surroundings, is highly popular even among Japanese sake connoisseurs. You definitely should experience the world of sake! 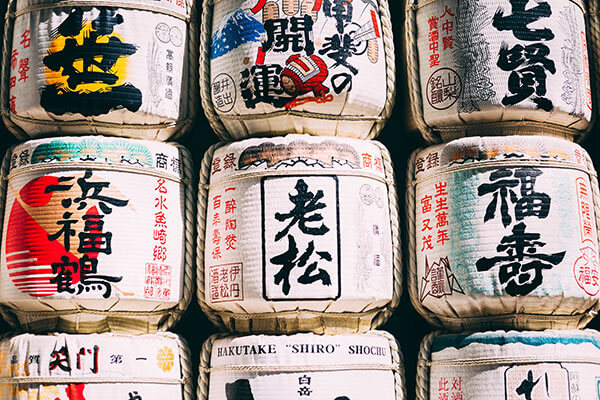 Interested to visit all these places in Hiroshima? We can plan that trip for you! Contact us and let us know what kind of trip you have in mind, and we’ll make a tailor-made trip to Japan and Hiroshima just for you!